The evolution of financial technology (FinTech) is reshaping the broader financial services industry. Technology is now disrupting the traditionally more conservative insurance industry, as the rise of InsurTech revolutionises how we think about insurance distribution.

Moreover, insurance companies are improving their operating models, upgrading their propositions, and developing innovative new products to reshape the insurance industry as a whole.

Cloud computing refers to storing, managing, and processing data via a network of remote servers, instead of locally on a server or personal computer. Key enablers of cloud computing include the availability of high-capacity networks and service-oriented architecture. The three core characteristics of a cloud service are: 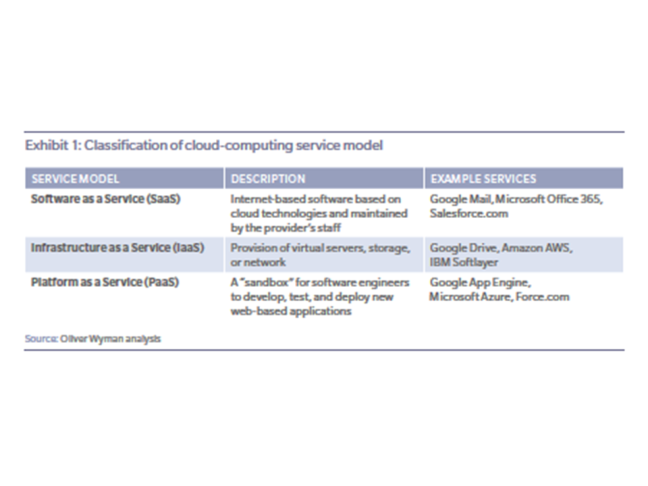 Telematics is the most common form of the broader Internet of Things (IoT). The IoT refers to the combination of physical devices, vehicles, buildings and other items embedded with electronics, software, sensors, actuators, and network connectivity that enable these physical objects to collect and exchange data.

The IoT has evolved from the convergence of

This convergence has helped remove the walls between operational technology and information technology, allowing unstructured, machine-generated data to be analysed for insights that will drive improvements. 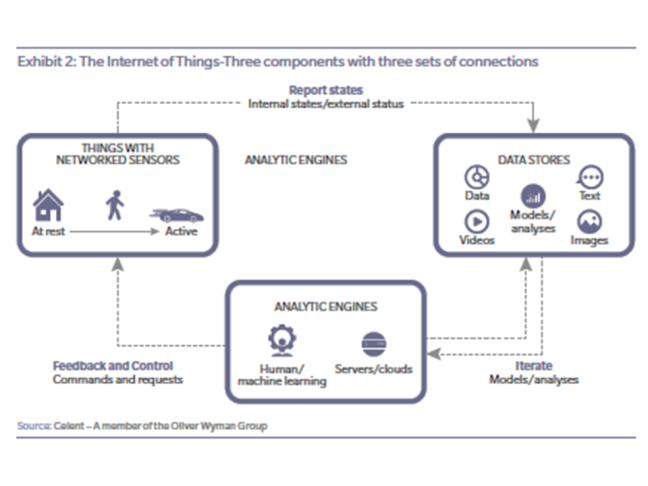 Big data refers to data sets that are so large or complex that traditional data processing application software is insufficient to deal with them. A definition refers to the “five V” key challenges for big data in insurance:

Modern analytical methods are required to process these sets of information. The term “big data has evolved to describe the quantity of information analysed to create better outcomes, business improvements, and opportunities that leverage all available data. As a result, big data is not limited to the challenges thrown up by the five Vs. Today there are two key aspects to big data:

The understanding of Artificial Intelligence AI has evolved over time. In the beginning, AI was perceived as machines mimicking the cognitive functions that humans associate with other human minds, such as learning and problem solving. Today, we rather refer to the ability of machines to mimic human activity in a broad range of circumstances. In a nutshell, artificial intelligence is the broader concept of machines being able to carry out tasks in a way that we would consider smart or human.

A third layer is pre-packaging generic orchestration capabilities for specific applications. The most prominent such application today are bots. At a minimum, bots orchestrate natural language processing, linguistic technology, and machine learning to create systems which mimic interactions with human beings in certain domains. This is done in such a way that the customer does not realise that the counterpart is not human.

Blockchain is a distributed ledger technology used to store static records and dynamic transaction data distributed across a network of synchronised, replicated databases. It establishes trust between parties without the use of a central intermediary, removing frictional costs and inefficiency.

From a technical perspective, blockchain is a distributed database that maintains a continuously growing list of ordered records called blocks. Each block contains a timestamp and a link to a previous block. Blockchains have been designed to make it inherently difficult to modify their data: Once recorded, the data in a block cannot be altered retroactively. In addition to recording transactions, blockchains can also contain a coded set of instructions that will self-execute under a pre-specified set of conditions. These automated workflows, known as smart contracts, create trust between a set of parties, as they rely on pre-agreed data sources and and require not third-party to execute them.

Blockchain technology in its purest form has four key characteristics: