Today’s insurers know that maintaining the ‘status quo’ is not a recipe for sustainable growth. They feel the pressure of disruption in the market from

They feel the pain of

Organic growth has been challenging across most of the mature insurance markets. Consider this: Since the start of this decade to 2016, global gross domestic product (GDP) increased by more than 20 percent. Yet the global premium market grew by just 9 percent over the same period. Insurers recognize that things must change if they want to maintain or grow their market share.

“In an era of anticipated disruption of legacy business and operating models, global insurance executives realize that their strategy cannot be about pursuing growth for growth’s sake. When it comes to growth strategy, more of the same is not necessarily the best answer. What may have been a core business in the past may not be in the future,” notes Ram Menon, KPMG’s Global Insurance Deal Advisory Leader.

Today’s insurance leaders are taking a more strategic view of the value of M&A. According to a recent global survey of 115 insurance CEOs conducted by KPMG International, more than 60 percent of insurers now see disruption as more of an opportunity for growth than a threat. And they are using their capital and their M&A capabilities to maximize those opportunities — often by strategically deploying capital towards emerging technology as a competitive advantage to

The good news is that — for the most part — capital and surplus levels are at record highs across life, non-life and reinsurance markets. And most insurers plan to tap into that capital to make deals. In fact, our survey suggests that close to three-quarters of insurers expect to conduct an acquisition and two-thirds expect to seek partnership opportunities over the next 3 years. Eighty-one percent say they will conduct up to three acquisitions or partnerships in the same period. More than 70 percent said they are hoping their deals will help transform their organization in some way. As a top priority,

“Insurers increasingly recognize their days of operating business-as-usual numbered. And it’s not small changes market going to be undoing — big ones,” says Thomas Gross with KPMG Germany. Auto insurers, for example, looking at rapid adoption of mobility models and wondering how they add value when car manufacturers or leasers own relationship customer.”

On their path to transformation, insurance companies expect to strategically deploy capital against a range of specific inorganic growth opportunities:

“The top factor that will drive insurance acquisitions will be the need for emerging technologies. Insurance companies are all looking at how to put their operations on digital platforms in order to save time and resources both for the company and the customers,” notes the Head of Finance at a China-based property and casualty (P&C) insurer. At the same time, a significant number of insurers also hope to rebalance their portfolio of businesses. Many plan to evaluate whether they should fix or exit businesses that are struggling to achieve returns in excess of their longterm capital rates. This should allow them to remain focused on transforming businesses they consider core for the future while freeing up additional capital for reinvestment into new lines of business and technology capabilities.

As the director of finance at a UK-based non-life insurer notes, “Units that are consistently performing poorly will be segregated to further analyze their positions and whether or not they still fit in the company’s planned structure. We discourage force-fitting any product or company unless it has great potential for generating revenue. If it does not, we look for suitable buyers for the business.”

Our data indicates, insurance executives expect to exit non-core businesses, enter new markets and gain access to new technology infrastructure and operating capabilities via M&A and partnerships, as a way to further diversify their global risks and earnings profile.

Looking beyond the borders

Our survey suggests that the majority of insurers will be involved in some sort of non-domestic deal: 68 percent say they expect to conduct a cross-border acquisition, partnership or divestiture over the next 3 years. Just 32 percent say their top priority will be on domestic activity.

“Over a period of 3 years, we expect to see a lot of M&A transactions overseas. We are looking to expand into regions that are new for us and with acquisitions, you can get going without having to set up a base from scratch or encounter a lot of unforeseen risks,” notes the senior VP for M&A at a global insurance brokerage firm. Perhaps not surprisingly, our data suggests that insurers expect to see the most activity in North America — the US in particular. Given that the US is still the largest insurance market in the world with around 30 percent of the global premium market share, many insurers see the US as a source of steady market growth and relative premium stability.

“The volume of M&A in North America will increase the most in the coming years. With the new tax reforms, insurance companies will pay lower taxes — these new regulations will provide insurers opportunities to grow. Companies from other markets will also want to take advantage of the lower tax rate and will look for ways to expand into the US market,” suggested the CFO at a Bermuda-based reinsurer. Changes to US tax laws will certainly create significant disruption and opportunity for insurers both onshore and offshore. “The reduction in the corporate tax rate to 21 percent makes US assets much more compelling,” notes Philip Jacobs, leader of the Insurance Tax practice with KPMG in the US. “The lower US tax rate has also eliminated some of the offshore tax advantage; the large Bermuda players may still be operating with relatively low effective rates, but the tax differential between operating in the US versus Bermuda has narrowed.”

Latin America, however, expects relatively lower levels of deal activity. “It’s a sellers’ market in Latin America,” notes David Bunce, Senior Client Partner with KPMG in Brazil. “Lots of international insurers want to get into certain Latin American markets, but nobody is really ready to sell.”

At the other end of the spectrum — and the other side of the world — Asia-Pacific is widely viewed as a region of massive growth potential and innovation. China has already become the world’s second largest insurance market (with around 10 percent of
global premium market share) and premiums have more than doubled since 2010. Singapore and Hong Kong have long been key centers of insurance innovation growth.

Asia-Pacific was identified as the geographic region where insurers would most likely seek partnership opportunities. “As insurers seek to expand outside of their traditional distribution networks in Asia, digital partnerships are emerging as a fairly quick way to tap into new customer segments without significant upfront capital investment,” adds Joan Wong with KPMG China. “A digital partnership could unlock significant new growth, which would tip the balance for those making a ‘go or grow’ decision about their businesses.”

The director of investment at a Korea-based international insurer agrees. “Asia has become one of the biggest markets for insurers, and the region’s growing population along with changes in capital regulations will give insurers the backing they need to grow. In China alone we have seen a major increase in the number of companies seeking out new ventures in the insurance sector.”

While the majority of our respondents say they are looking across their borders for growth, those in Asia-Pacific are much more likely to be focused on domestic acquisitions instead. “Most of the markets in Asia are still fairly domestically oriented and there is still significant fragmentation and inefficiency that could be eliminated,” adds Stephen Bates with KPMG in Singapore. “Given the growth potential across the region, it’s not surprising that Asian insurers are thinking about taking advantage of opportunities at home before investing further into foreign markets.”

Somewhat tellingly, insurers expect most of the divestiture activity to originate from Western Europe. As the head of finance and investments at a large French insurer argues, “The persistent compression in global interest rates continues to be a challenge for the insurance industry, and many companies in Europe are aiming to divest in part to cope with this. When you add in the factors of changing regulation and customer demographics, it means that insurance business models have evolved and companies are reshaping themselves accordingly.”

“Insurers in Europe are very interested in diversifying their risk and see adjacent markets as an opportunity to do just that,” notes Giuseppe Rossano Latorre, Head of Corporate Finance at KPMG in Italy. “There are a number of life insurers that are looking at the asset management business, for example, as a potential growth opportunity in the future.”

Our data indicates that in the Life sector, acquisitions will likely focus on finding lower-risk, higher-growth, higher-return assets, particularly around capital-light retirement, investment management and group benefits businesses. However, greater levels of activity should be expected in the Nonlife sector, driven by a growing appetite for more profitable specialty risks and commercial risks, with a preference for commercial risk in the small- and medium-sized enterprise (SME) sector.

What this survey makes clear is that global insurance companies recognize they now have a window of opportunity to strategically allocate their capital across the globe towards achieving and accelerating their transformation strategy. 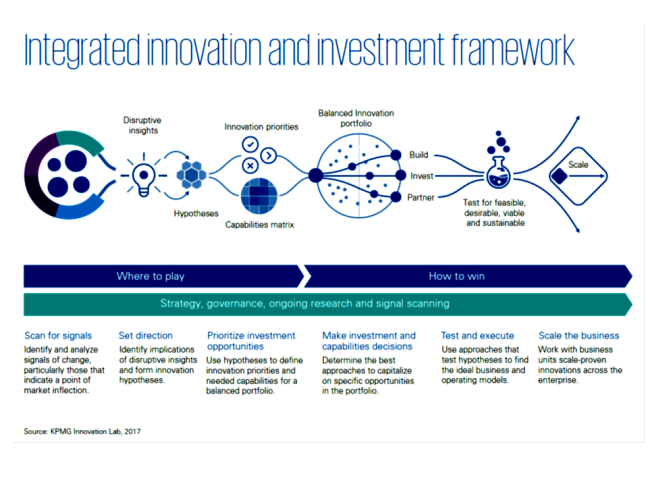